Los Angeles is known for many things, like celebrities, nightlife, and tourist attractions. However, one less exciting part of the city that makes it stand out is its traffic.

LA is in the top ten list of the cities with the worst traffic in the United States (tied with San Francisco). Even if you don’t mind sitting in logjammed traffic, these heavy areas increase your chances of getting in a car accident.

Still, sometimes you can’t avoid the rush hour freeways and interstates of LA, and you’re in heavy traffic anyway. To stay safe, you must learn how to navigate the busy streets, ignore road rage drivers, and minimize your risk of a car crash.

You don’t have to have the spiritual gift of patience to stay safe in heavy traffic, although it helps. Instead, follow these tips to avoid an accident while you’re driving on LA’s notoriously hectic roads.

Distracted driving is the number one cause of accidents in the country. Once smartphones became a part of everyone’s daily lives, they helped knock Driving Under the Influence out of that top spot.

But phones aren’t the only things you can get distracted by while you’re behind the wheel, especially in Los Angeles. It’s easy to forget about the road when you spot celebrities on the sidewalk or see a famous landmark you’ve had on your bucket list forever. The scenic views are worth a second and third look, too — when you’re not in the driver’s seat.

When you’re in charge of the vehicle, stay focused on the road in front of you, especially in heavy traffic. You don’t want to be responsible for a car or bus accident because you were distracted for a few seconds.

2. Plan Your Route Before You Leave

Relying on your GPS navigation system isn’t a bad thing. However, if you are completely unfamiliar with the streets, or you know there may be heavy traffic on your route, plug in your destination before you leave your driveway.

When you input the address you’re headed to, multiple options will pop up. No matter what system you use, whether it’s Google Maps, Waze, or another app, the software should review your route by checking real-time traffic patterns.

If there’s an area of heavy congestion or an accident along the path you select, the app will warn you and suggest an alternate way. It’s a good idea to listen to the suggestion, even if it’s a longer route. You might have to drive a little extra, but it beats sitting in traffic jams.

You want to do your part to avoid a car wreck. This boils down to being a safe driver, which means you must follow the road rules you learned in Driver’s Ed.

Most of us pay close attention to these rules when we’re trying to get our driver’s licenses but then “forget” them as soon as we get comfortable behind the wheel. Rules like “Don’t speed,” “Wear your seat belt,” and “Use your turn signal” fall by the wayside.

These rules were established to serve a purpose: Keeping you and other people on the road safe. When you start forgetting the foundational basics of driving, you become a danger to yourself and others.

If it’s been a while since you got your license, you might need to take a refresher course to ensure you’re following all the road safety rules and know the changes in the law that have occurred since your first road test.

In the meantime, wear your seatbelt. Use your turn signal before you turn, stop, or change lanes at least 100 feet before you make the move (this expands to 900 feet if you are on a highway). Follow the posted speed, and keep a distance of at least three seconds between you and the car in front of you.

A substantial part of safe driving is planning early. Give yourself time to get where you’re going regardless of delays.

In much of LA, you can expect to sit in traffic an extra 20-30 minutes beyond the actual time it should take you to get somewhere. When you leave early, delays don’t bother you as much as they would if you were running late.

This extra cushion in your schedule helps you avoid road rage, too. It’s not the other driver’s fault that you’re stuck in traffic. Practice that patience you’re working on, and use the extra time in your car to enjoy your podcast or music a little longer.

The City of Angels offers an endless variety of entertainment, business, and relaxation. But along with these benefits comes the drawback of heavy traffic. You can do your part to keep yourself and others safe on the roads of LA by following these four tips.

Why is Portugal the most attractive option for a second passport? 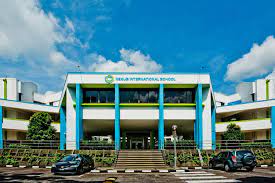