Nothing beats the summer season when it comes to juicy, mouth-watering mangoes.It has always been a pleasurable and necessary aspect of Indian culture. Our nation is known for its unusual mango hotspots, which promise delectable flavors and aromas. Mango connoisseurs are always keen to try new kinds of the king of fruits. So, what are you waiting for?

Alphonso Mangoes, which are available from mid-July to mid-August, is known across the world for their bright yellow look and delicious taste. This sensuous king of mangoes, named after Afonso de Albuquerque, is one of the most popular mango kinds in India among mango aficionados. Ratnagiri and its environs in Maharashtra are known as one of the greatest and most exclusive mango regions in the world, with Alphonso mangoes being particularly popular.

The Nawabs’ homeland is also known for its royal mangoes. The mango belt in North India is well-known in Lucknow and its surrounding areas. Dashehari mangoes cultivated here are clearly distinguished from other types of mangoes in India by their green skins and nutritious taste, which are available from mid-May to late August.

Murshidabad, one of West Bengal’s Nawabi towns, is known for its large variety of excellent mangoes. This city is around 230 kilometers from Kolkata and is easily accessible by road and train. Murshidabad is a key producer and exporter location in India, notable for varieties such as KishanBhog, Himsagar, Nawabpasand, and Begumpasand. Mangoes from Himsagar are available from May to early June.

The most popular juicy mangoes are ChinnaRasalu or nuziveedu mangoes, which are grown in Telangana and Andhra Pradesh, India. The most prominent fruit is ChinnaRasalu, which is native to Andhra Pradesh’s Nuzvidu region as well as parts of Telangana.

When fully ripe, this mango is very tender and luscious. When the mango skin becomes yellowish, the fruit is somewhat mushy to the touch, and you can smell the exquisite fruity aroma, you know it’s ready to eat.

The delicious flavor and saffron appearance of Kesar mangoes earned them the moniker. Because of its sweet flavor, this mango cultivar is nicknamed as the “Queen of Mangoes.” Kesar mangoes are popular in the Girnar Hills in Junagadh, Gujarat. These hills are about 320 kilometers from Ahmedabad and may be reached by car or train.Kesar mangoes, which are available from May to July, are prized as a flavoring for unique cuisines.

Bangalore, India’s electronic capital, is noted for its Totapuri mangoes, also known as Bangalora or Sandersha mangoes. Mango fans will enjoy the city’s medium-sized greenish-yellow mangoes from an online mango Bangalore store! Totapuri mangoes are available from May to July and are one of the most important types of mangoes in our nation, with a distinct flavor and perfume!

These are only a few of the mango types found in India. There’s a reason why the mango is considered India’s national fruit. India, as a tropical paradise, offers the ideal climate for mango cultivation. As a result, fresh types are constantly being developed and discovered. According to the National Horticulture Board, there are around 1500 types of mangoes in India. So be ready to journey across India in search of these delectable mango varietals and more!

All you want to know about Malaysia Student Visa For Pakistani 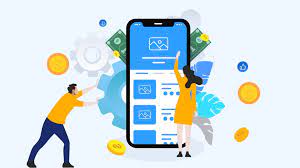 How to Make Money From an App