Cybersecurity jobs are some of the most desirable today. If you want an epic career in 2025, the field of cybersecurity offers opportunities for a competitive salary and a chance to be involved in cutting edge-technology. With a demand for almost 5000 cyber security professionals in the UK right now, there are plenty of opportunities for those wishing to future-proof their careers within this field. According to IBM, the global average cost of a data breach was £3 million. As such, employers are willing to pay employees top salaries to protect their data. With emerging fields such as the Internet of Things, Artificial Intelligence and Ethical Hacking, this has caused a massive number of openings for cybersecurity professionals.

For those that are not familiar with the term the Internet of Things (IoT), this refers to:

“the interconnection via the Internet of computing devices embedded in everyday objects, enabling them to send and receive data.”

In layman’s terms, this refers to devices that are able to connect to the internet, record your data and are able to carry out tasks in order to make your life easier. For example, Samsung was one of the pioneers for the Smart Home. Samsung and it’s ‘SmartThings’ give you the ability to connect all the devices in your home via their SmartThings app. Today, objects such as TVs, fridges, doors, aircons etc. can all connect under one app where you’re able to set your preferences and routine. For example, if you were living in a Smart Home and usually wake up at 6 AM, your devices will note your activity and make suggestions to make your life easier, such as turning on the coffee machine for your morning cappuccino.

What will Cyber Security Jobs and the Internet of Things (IoT) look like in 2025?

The IoT is driving demand for Cyber Security professionals around the globe. As devices become more connected and as these devices are incorporated more into our daily lives, so the opportunity for data breaches increases. In order to transform the way we live and work, the Internet of Things needs to capture and record data about us. What is done with this data that is collected is where there is opportunity for security risks.

As such, with growing cyber security risks, this provides tremendous opportunity for those interested in cyber security jobs. An important factor to consider is that the IoT doesn’t rely on human intervention to function. Therefore the “connected home” or “consumer wearables” may even go as far as causing a threat to your business environment. As more devices are created and being connected every minute, so cybercrime increases. However, as the number of IoT devices is projected to reach into the billions, so the number of cyber security jobs will increase too. Cybersecurity jobs in the space of the IoT is therefore projected to sky rocket. As such, this is definitely a career that is here to stay.

Artificial intelligence is the simulation of human intelligence. It is, “the theory and development of computer systems able to perform tasks normally requiring human intelligence, such as visual perception, speech recognition, decision-making, and translation between languages.” From helping us diagnose cancer, to understanding climate change, AI is inherently part of our lives. The potential for AI to do good is immense. For example, Google’s DeepMind is the leader in AI research and has obtained many notable achievements. However, many are concerned over the impact of Artificial Intelligence on cybersecurity jobs. The consensus being that robots will be replacing humans in terms of cyber jobs.

What will Cyber Security Jobs and Artificial Intelligence look like in 2025?

According to Cisco, 32% of organisations say they depend highly on artificial intelligence.

As Cybersecurity becomes more and more complex, so we need the assistance and speed of automation to assist us in our endeavours. However, don’t be too concerned about robots taking over cyber security jobs. According to Forbes, AI doesn’t eliminate jobs, it creates them. Instead we should look at Artificial Intelligence as replacing tasks and not jobs.

The role of the security practitioner in the space of Artificial Intelligence is a changing one. For effective cybersecurity, we can utilise AI to do time-consuming tasks that will allow cyber security professionals to focus on high-order tasks. In terms of the future of cybersecurity jobs in the space of AI, this is a growing field with no sign of slowing down.

What will Cyber Security Jobs and Ethical Hacking look like in 2025?

Ethical hacking is a field within Cyber Security that one can pursue as a career. In order to identify weaknesses in their Cybersecurity, businesses have to be one step ahead of the hackers. According to Wired, to beat a hacker, you have to think like one. Ethical Hackers use the same tools and techniques as malicious Hackers, to protect an organisation’s sensitive data.

How Do I Get A Cybersecurity Job Opportunity?

If it’s a cybersecurity job you’re after, then perhaps you should visit our webiste. On our website you will find the best cyber security jobs, from leading companies.

The Benefits of CBD And Melatonin Cannot be Overstated. 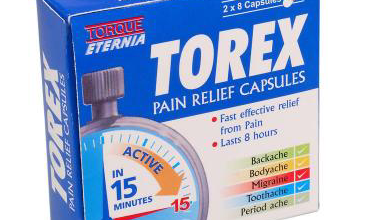 How can you very easily enjoy significant relief from acute pain in life?

The Benefits of CBD And Melatonin Cannot be Overstated.

How to Get The Choose Funny Truck Stickers?

How To Benefit from Customized Helmet Stickers?